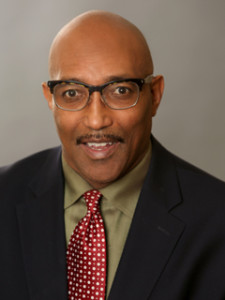 Mr. Jones joined the Firm in 1983. Since joining the Firm, Mr. Jones has been widely recognized throughout the state as an expert in the field of real estate, land use and dissolution law (formerly redevelopment law). In this regard, he represents several cities, successor agencies to former redevelopment agencies, public agencies and private clients of the Firm.

Focusing primarily in the various areas of real estate law, Mr. Jones has been involved in a number of major real estate development transactions including the renovation of a world-renown concert venue, the development of an NFL stadium where two (2) professional football teams will play, and the proposed development of an NBA arena where a professional basketball team will play.  Mr. Jones has also been called upon to handle various other complex and development transactions including commercial/retail shopping centers, industrial and business parks, office, residential (market rate and affordable) units and billboard displays.

Mr. Jones has also worked on various outdoor advertising billboard and display projects; pursuant to which, he has been integrally involved in negotiating and obtaining necessary billboard display entitlements from the California Department of Transportation and drafting special legislation authorizing the continued display of billboards redevelopment project areas as “on-site” displays in accordance with the California Outdoor Advertising Act.

As a result of the legal accomplishments and achievements of Mr. Jones in his real estate, land-use and dissolution law practice areas, Mr. Jones regularly speaks at various real estate seminars as an invited speaker. One such speaking engagement included the California State Bar convention at which Mr. Jones addressed the Real Estate Section. In addition, Mr. Jones is a past board member of the Advisory Board of the University of Southern California Minority Real Estate Developer Program.

As a supplement to real estate practice, Mr. Jones has obtained specialization certification in the post-legal courses of personal and corporate taxation as well as corporate mergers and acquisitions.