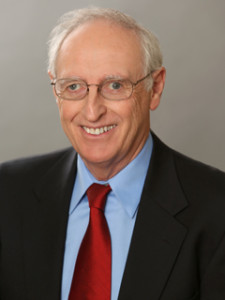 Mr. Kane is a nationally prominent lawyer specializing in the practice of redevelopment law. Mr. Kane joined the Firm in 1973 and has been a principal of the Firm since 1978. He has extensive experience in all phases of redevelopment, including the creation, organization and administration of agencies, creation of projects, relocation and owner participation, public improvements, and land disposition. He served as General Counsel for the Community Redevelopment Agency of the City of Los Angeles for over fifteen (15) years and is also primarily responsible for the Firm’s representation of the Culver City, Palmdale, Huntington Beach, Santa Monica, Los Angeles, Indio, Moreno Valley, Pasadena, and Redondo Beach redevelopment agencies.

Among his other most noteworthy accomplishments have been:

In those capacities Mr. Kane had personal and primary responsibility for providing legal services to all levels of city government on all aspects of municipal law. He sat as legal counsel to City Council and Planning Commission, and prosecuted all misdemeanors occurring within the City (both State and Municipal Code) and advised and defended the police department and its officers in civil and criminal matters. He drafted all revisions to the Municipal Code and all City ordinances, resolutions and contracts, and represented City and its officers and employees in state and federal courts in many civil litigation matters, including police department matters, attacks on validity of City ordinances and regulations, municipal finance, and personnel matters.