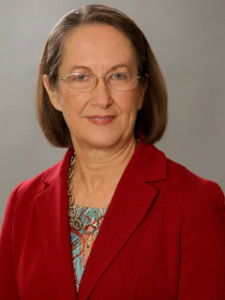 Ms. Rhoads has been active in the real estate and land development industry since 1985. She joined Kane, Ballmer & Berkman in January 2000 and handles transactional and litigation matters in real estate development and finance, with an emphasis on affordable housing. Ms. Rhoads has special expertise in combining local, state and federal funds with bond proceeds, new market tax credits, low income housing tax credits and other private sources of funds in affordable housing transactions. She also advises municipalities in their preparation of the Housing Elements of local General Plans. She has been a frequent speaker on affordable housing and redevelopment issues, including as an instructor at the Redevelopment Institute and as a speaker at the UCLA College of Law.

Since the passage of the 2011 legislation that dissolved redevelopment agencies in California, Ms. Rhoads has advised successor agencies in the complex and often contentious process of winding down redevelopment activities. She has represented successor agencies and housing successors in administrative and judicial proceedings in a variety of wind-down disputes.  Ms. Rhoads also guides cities and housing authorities that are serving as housing successors to former redevelopment agencies, to help assure their compliance with newly enacted standards and procedures for the use of housing assets.

Before joining the Firm, Ms. Rhoads represented redevelopment agencies in northern California and served as legal advisor to the City of Tacoma, Washington in its redevelopment of an expanse of contaminated waterfront. The Tacoma waterfront project created an urban entertainment and commercial center, which includes marinas, museums, hotels, and mixed use commercial and residential properties.

In addition to her legal training, Ms. Rhoads holds a doctorate degree in urban development and is a member of Lambda Alpha, an international honorary society in land economics.