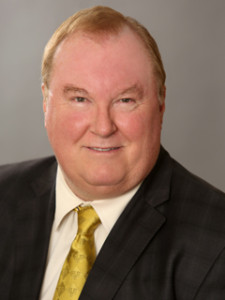 Mr. Gridley joined the firm as an experienced litigator following 30 years in Los Angeles firms of which he was a partner. In the past decade, he has focused on public law. He received his Bachelor of Arts degree from the University of Wisconsin in 1970 and his Juris Doctorate degree from the University of Southern California in 1973.  He is a member of the Los Angeles County Bar Association Eminent Domain section and has represented public entities such as Downey, Culver City, Inglewood, Lynwood, Palmdale, Alameda Corridor East Construction Authority, City of Alhambra in land use litigation, Redevelopment Agency of the City of San Diego, Community Redevelopment Agency of the City of Los Angeles, City of Goleta, City of Santa Clarita and the City of Hemet in real estate related litigation.

Mr. Gridley has tried over 90 cases to verdict in fields such as eminent domain, public real estate related litigation, intellectual property, land use, construction defect, employment law and premises liability.  He has represented public entitles in constitutional challenges to ordinances, defended election officials in contested elections, defended contractual challenges involving the Los Angeles Red Line Metro system and defended the County of Los Angeles in a suit brought by homeowners who claimed the erection of a pumping station in their neighborhood caused property damage and was a public nuisance.  Mr. Gridley has represented teachers in civil and disciplinary disputes, doctors, dentists and medical supply companies in medical malpractice cases, insurers in breach of contract and bad faith claims and represented real estate brokers and attorneys in professional negligence claims. He serves as general counsel for several companies in the security industry. He also represented product manufacturers in product liability and toxic tort cases.

Mr. Gridley has appeared in the 9th Circuit Court of Appeal and the California Court of Appeal. In the Court of Appeal, his cases produced seminal published opinions concerning recall elections, the evaluation of settlements between parties in the chain of commerce and the subrogation rights of insurers under a general contractor’s liability insurance policy.

As an entrepreneur, Mr. Gridley has been President of several companies serving the entertainment industry, has produced theatrical productions in Los Angeles and New York and owned a restaurant. For the legal community, he served as a director of the Association of Southern California Defense Counsel and has been a speaker at professional seminars in California, Nevada and Florida. In addition, he serves as an arbitrator for the Los Angeles County Bar Association fee dispute panel.

Mr. Gridley serves on the Annual Fund Executive Committee of the University of Southern California Law School and is an active alumnus of the University of Wisconsin and Grove City College. He is also the President of the Sherman Oaks Presbyterian Church and is the Chairman of its Administration Committee.